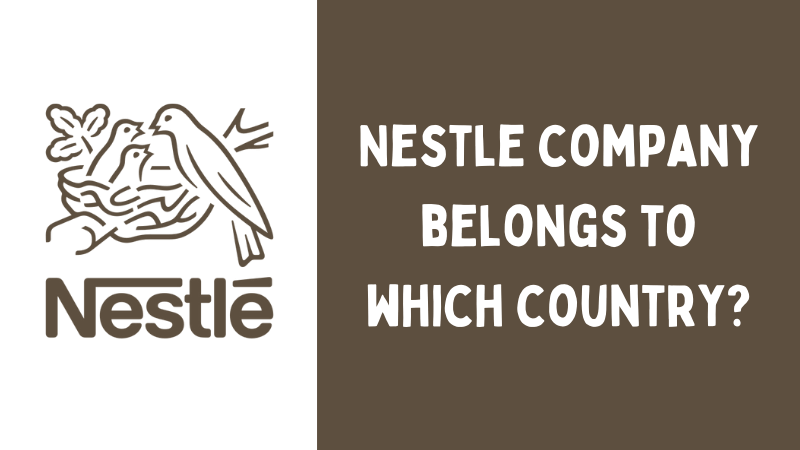 You must have heard the name of Nestle company. We all know that this company sells food items. But do you know nestle company belongs to which country, is it an Indian company, is it a foreign company, in which country did it originate, who is its owner, you will find answers to many such questions in this article. So read the full article.

Introduction of Nestle: Nestle is a food processing company headquartered in Switzerland. Nestle was ranked No. 64 in Fortune Global 500 in 2017 and No. 33 Forbes Global 2000 Edition List of the Largest Public Companies. Currently, it operates in 189 countries has 447 factories with around 339,000 active employees. Currently, Paul Bulcke is the Chairman, Ulf Mark Schneider is CEO and David McDaniel is CFO of the company.

The Nestle company belongs to Switzerland, its current headquarter is also located in Vevey, Vaud, Switzerland. The company, now known as Nestle, started with two companies in Switzerland. ‘Anglo-Swiss Milk Company‘ was started in August 1866 by George and Charles Page in Cham, Switzerland, and ‘Farine Lactee Henry Nestle‘ was started in September 1887 by Henry Nestle. Both companies aggressively expanded their businesses throughout Europe and the United States over the 1-2 decades. In 1905 these two companies merged and the company was named Nestle and Anglo-Swiss Milk Company. The name continued until 1947 when Nestle takes Fabrique de Produits Maggi SA and its holding company Alimentana SA of Kempttal, Switzerland. In result, the company was named Nestle in 1977.

The main product line of Nestle is condensed milk, powdered milk, baby foods, chocolate products, candies, coffees, teas, soup, seasonings and condiments, frozen foods, ice cream, and bottled water. Apart from this, Maggi, which is liked by children as well as adults, is the product of the Nestle company itself. It also produces pharmaceutical products. The company also produces and sells pet care products like food.

To know more about products sold by Nestle worldwide, read the entire list of their products and brands on Nestle’s official website.

2) Is Nestle an Indian company?
→ No, Nestle is not owned by India.

OPPO company belongs to which country?