Skip to content
Welcome to technicalrazz. Today I am going to tell you the tips about your smartphone. If you have any smartphone, it will be slow after some months.
Today I am telling How to make Android faster? 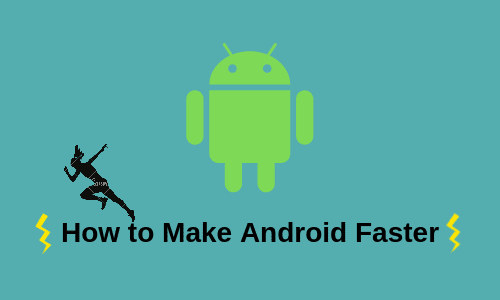 When the mobile had found, it was not good. It had no smart shape. We were only receiving and calling to another. When the mobiles had produced, it was for only calling purpose.
We were not doing other things on it. After that, the small mobile came to market. These mobiles were with buttons?
These mobiles were the updated version of mobiles. In it games, alarm, calculator, converter etc. these are the additional program of this mobile at the first time.
After that mobile with multimedia were came to market. In that camera, video recorder, audio recorder, smart games, music, great display etc. this is the additional programs of that mobiles.
After one or two years there are so many stylish multimedia mobiles were coming to market. In that period all mobiles company were in competition with each other.
The competition was “who can give the new designed mobile”. Finally, the smartphones launched.
In smartphones so many new features were available. Before the quality of the cameras like smartphones has not seen yet.
After some period the smartphone camera became like DSLR camera. So people are liking this type of phone.
All the mobile companies try to make a camera special. But these mobiles have the versions.
We all know that What is version? Suppose, In the last year xyz mobile has launched.
In this year the new version of the same mobile has launched. Why the mobile companies launch the new versions regularly?
They do something additional in the new version. So that is called the updated version.
When the new version of the mobile was launched then the old version became slow.
It happens automatically. To keep faster your android mobile follows the following tips. That may help you to make your android mobile faster.

How to Keep your Android Faster?

1. Don’t update your android system
New launched system of mobiles spread in all over networks. Sometimes the update starts automatically.
In some time it asks you to update your system. Don’t start the updating process in mobile. Abort it there.
Your mobile has already in the build system. If you try for the new version, it becomes larger than your mobile limit. Your mobile has some limit. On the basis of that limit, your mobile work.
When you update the mobile system then you can feel your mobile become lazy. It does not work properly. It becomes slower than the old version of the system. Your android system has a special version.
Example: KitKat version, jellybean version, lollipop version etc. This is the common version of the previous year.
Old mobile system cannot support properly the new system version. When you update your mobile, It does not work properly.
It becomes the big reason by which your mobile become slower. So don’t update your system.
2. Don’t update the Apps
Your mobile has play store. You use it regularly. You install so many different kinds of apps.
Keep installed only the important apps on your mobile phone. Every app has the new version in every two or three months.
All installed apps are in the touch with play store or our mobile app market. If a new version of an app launched, it asks us to update.
Don’t update the app. The new version of any app can slow down your mobile speed. The new version of the app catches more ram of your mobile phone than the old version. The old version of any app is good for the old version of the mobile phone and the old version of the Android system.
If you update your apps regularly then you can feel your mobile phone is becoming slower.
It is not important to use the new version. If the old version can give you a good result then why should you update?
The new version has the only a new look and some new activities. So don’t do this also it can become the big reason by which your mobile lost the boost speed.
3. Reset your mobile regularly
You do not reset your mobile. Because we have the worry about it and it takes more time.
You think by resetting our mobile we will lose our important contacts. It was happened in real but we have its solution. The solution is when we create a new contact then don’t save it in phone memory or sim card. You can directly save it into your Gmail account.
By which after you reset your mobile you have to login by an email account. It is the must to log in.
Log In with your active Gmail account. After login, your all saved contacts will return to your mobile contact list.
So don’t worry about contact. You have also worry about important files like document, you can save the document on Google Drive. Google drive provides you with 15GB free space.
If you are thinking lose of files after resetting mobile. Don’t worry it is not possible to lose the document in Google drive.
If you reset your mobile, your account gets automatically logged out. Reset mobile regularly. It will help to increase your mobile speed.
4. Avoid the wrong activities
a) If you are a good thinker about your mobile, you always think good about your phone. So you install the special apps. Which clean junk files, scan and clean the viruses in your system.
But somebody doesn’t know about this type of apps. These apps are made only for earning.
b) If you are using this type of apps then you already know how many ads show in these apps. I have already told you about earn by ads.
People earn like these types of apps. The app only has good look and it does not work. If your mobile has already in build app like this type then only the app can work. Because it is made by the mobile company. The company can not cheat on their customer. So don’t install cleaner type apps.
c) If you are the regular customer of some particular websites, the website creates the junk files in your mobile. It is hidden? You can see the file. The files are hidden so it doesn’t appear. So scan your mobile regularly by computer.
d) When your mobile get hang then don’t work on it. Put it in that condition. When it will be free then use it. But while slow then don’t use it.
These are some tricks and tips to keep your Android device faster.
Wrapping Up
That was How to make Android faster?
There are more ways than I have told in this article.
I have written this blog post as per my research and my knowledge.
I have written this just for information.
If anybody knows more about it, please tell me in the comment below.
If you like this article or If you have enjoyed this article then You should share it at least one time.
If you like to join with my blog then you can subscribe us.
Thanks for Read!