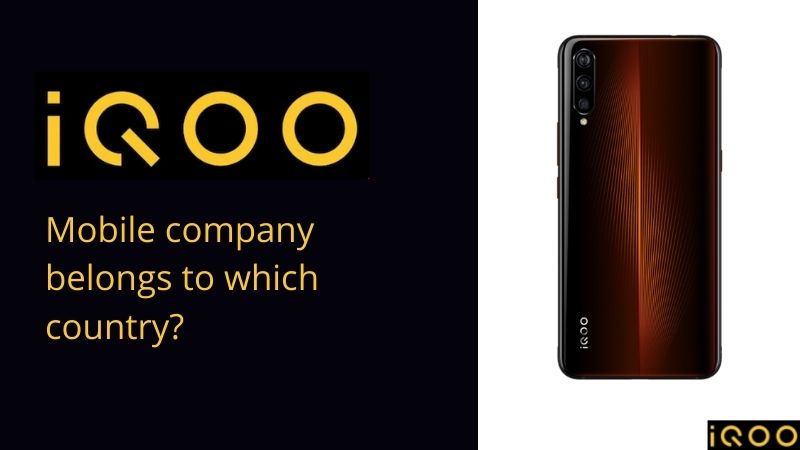 As you might know, this company is not very popular like other companies because it has been launched recently, recent means in 2019. Check out the chart below which will give you an idea of the country of origin of this company in short.

iQOO mobile company belongs to China. On 30 January 2019, it was started as a subsidiary of a Chinese smartphone manufacturing company Vivo. BBK Electronics, the world’s second-largest mobile manufacturer, announced iQOO as its newest member, a sub-brand of Vivo smartphones company. This company has entered the Indian market as an independent mobile brand in February 2020. Earlier these smartphones could be bought only online. The company’s head office in India is located in the city of Bangalore in the state of Karnataka.

Is iQOO an Indian company?

No iQOO mobile company is not owned by India. The target of their business is the Indian market, so they have appointed an Indian Gagan Arora as the CEO of this company. Their smartphones that come in the Indian market are made in the Vivo company’s smartphone manufacturing factory, which is also present in India.

Is iQOO Made in India?

The mobiles of this company that enter the Indian market are made in Vivo’s manufacturing unit, some of which are also present in India. Main products such as chips and motherboards for mobiles are not made in India, they are imported from China. This means iQOO smartphones are assembled in India. And as you would know, if the product of any foreign company is produced or assembled in India, then it is mandatory to put the stamp of Made in India on it. That’s why we get Made in India printed on its packaging. Although the phone is Chinese, its company is also completely Chinese but due to it assemble in India, it is called Made in India.

Is iQOO a Chinese company?

Yes, we can clearly say that the iQOO mobile company is Chinese. As I have already told you iQOO was earlier a subsidiary of Vivo. BBK Electronics, China’s largest mobile producer, declared iQOO as an independent company. Seeing the gaming craze in India, BBK Electronics separated iQOO from Vivo which is known for its good camera concept and started making phones focusing on the gaming concept. At present BBK group is dealing business in India with five smartphone brands Oppo, Vivo, Realme, OnePlus, and iQOO. Oppo and Vivo are known for camera and sound quality, OnePlus is the allrounder, Realme is in development, and iQOO is made by keeping the focus on gaming.