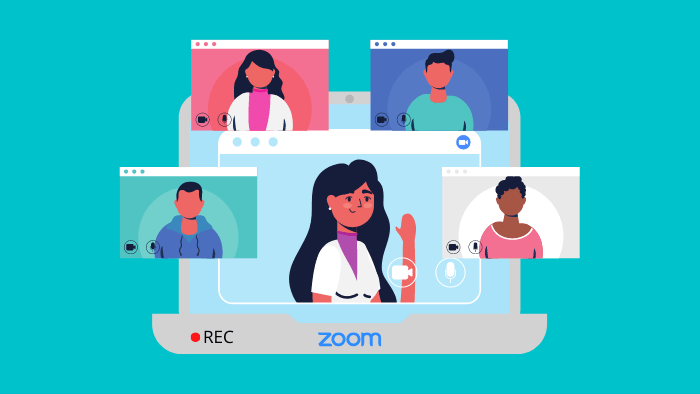 If you are not able to attend a live meeting then no need to worry, you just have to save that meeting as a video on your device so that you can watch that meeting later. So let’s see how you can record any Zoom meeting on mobile.

Zoom is an incredible video teleconferencing software program that allows people to do meeting online using a desktop or mobile. As you all know, more and more meetings, conferences, and classes are being taken online during the period of this epidemic. Those who do online classes, work from home, online business will be well acquainted with the Zoom app.

Sometimes what happens is that due to some reason you are not able to attend the meeting online, then let me tell you that you can record the meeting on the Zoom app and watch it comfortably later. And it may also happen that if you need to see this meeting again, then it will help you in that too.

How to record Zoom meeting in Desktop?

This is very easy to record a meeting on the Desktop. The desktop version of the Zoom app already has a record button, using which you can record very easily.

By following these steps, you can easily record the meeting of the Zoom app on your desktop. But here it is important to know one thing, you can record only if there is permission to record from the host side, otherwise not.

Also read | How to change the background of Google Chrome?

How to record Zoom meeting in Mobile?

Recording on mobile is a bit more difficult than on a desktop. Because no direct recording feature has been added to the mobile version of the Zoom app. In the future, such a feature can also be given in the mobile app.

Now let’s talk about recording a Zoom meeting on mobile. You must have seen gaming videos on YouTube and Facebook. In those videos, the streamer’s gameplay is recorded as well as his voice also. We have to do the same thing here as the streamer does to record the game.

let see how do they do it –

Step 1 – Go to Play Store and download and install any Screen Recorder which can do screen recording with audio
Step 2 – Open the app and allow all the on-screen dialogs and permissions
Step 3 – Keep the recorder always ready so that you can record the meeting at any time
Step 4 – Turn on recording right before the meeting is going to start
Step 5 – Right at the end of the meeting, stop the recording
Step 6 – The recorded clip will be saved on your device which you can watch anytime anywhere.

You cannot play other apps due to the Zoom app, so before entering the Zoom app, set the recorder. And one important thing when you record with the help of recorder, it will record the audio of the meeting as well as the sound going on around you will also be recorded, so sit al a less noisy place during the meeting.

How to Get Rid of Download Failed Virus Detected in Chrome Browser?

How to Insert Watermark in Microsoft Excel?

How to export WhatsApp chat and save it by making a PDF?